in the era of fictions about fictions 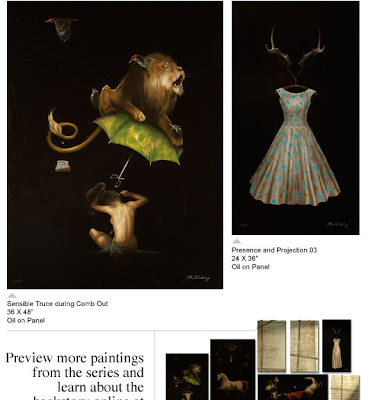 Umberto Eco may have been among its theoreticians and Joan Fontcuberta one of many artists making full-blown art out of fictitious history, but for most Americans the website for The Blair Witch Project really popularized the concept of apparent reality created out of nothing but visually-convincing false documentation, providing an elaborately presented back story for a work of cinematic fiction that by itself was a rather slender production.

Lately, the concept of the acknowledged work of fiction accompanied by riddles with a real payoff has been revived, having been pioneered by Kit Williams' children's book Masquerade. The Da Vinci Code was one of many books that carried into the twentieth century the sort of solve-the-riddles-before-the-characters-do fiction from the nineteenth century that never went away completely (if you count the detective novel as part of the genre, but there it is the plot that is to be disentangled, not riddles intended as stumblingblocks rather than clues).

So Jay Wilson is right on time with "The Middle Chapters of O. M. Norling: The first half, what was left behind," currently at Jill Celeste Gallery and Palate Wine Bar through February 21. The fourteen paintings, signed O. M. Norling, are visual riddles, the first half of an oeuvre intended to be a message for someone (but who?), as the owner of the cleverly named Hölderlin Gallery observed in his notes and sketches from 1932, translated on the website and in signage in the gallery. Whether the Hölderlin clue is at all relevant, I can't say.

Other signage in the gallery / wine bar indicates that this is chapter 3 of the O. M. Norling saga, and that more chapters will be made available late in 2009, with exhibition to follow in 2010.

Details are available on www.omnorling.com and, were it not for the very real paintings hanging on the walls, one would think this a completely digital work of imagination. Where it is all going, and why, we shall see, if Wilson carries out his original plans and we live long enough.

The strategy has been insufficiently used over the years, and I hope the conceptual framework provides an adequate payoff for the patience involved.
Posted by littlejoke at 9:34 AM

Hello, this message is for Jerry Cullum:

Jerry, My name is Jay Wilson. I paint under the name O.M. Norling. You generously wrote a very interesting review of my art and last opening in January 2009. The show was a success and opened up a lot of doors. However, the obligations of putting food on the table and raising a family got in the way of my follow up, until now.

I welcome you to take a look at my new works and details upcoming opening in January. The information is here: https://omnorling.com