Dufftown to Istanbul, or the wages and wagers of globalization 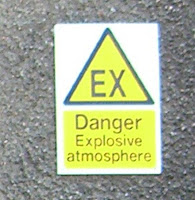 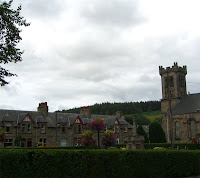 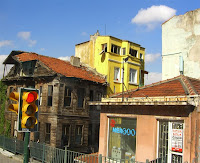 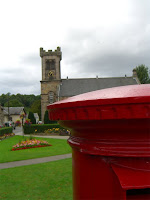 There are many reasons why my 2007 essay “Dufftown to Istanbul” was never completed (and why the chief documentation of that trip is the long poem Changing Planes in Prague, now apparently available on amazon.com as well as the lulu.com website…at a 30% markup that goes to Amazon).

Planning the extension to a proffered press tour, I had been struck originally by the curious appropriateness of traveling from the northwestern fringe of Europe to the southeastern fringe of the continent…and in fact I stayed on the European side of the bicontinental city, when eventually I flew there (changing planes in Prague) to attend the press conference for the Istanbul Biennial. Asia remains outside my personal experience. 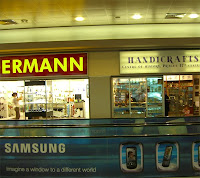 Dufftown, Banffshire, Scotland was a planned community of the eighteenth century that has become a center of the distilling of single malt Scotch, the one commodity that has continued to do well in the midst of the great global downturn, apparently as the one affordable luxury of which no one has felt they could postpone or reduce the consumption.

Glenfiddich, the distillery that pioneered the single malt concept (after generations of selling their product for inclusion in blended whiskies), has for half a dozen years sponsored an on-site summer residency program for a number of global artists (not coincidentally from countries where Glenfiddich is already a valued product). I was brought over with the assignment of writing about the multicultural, complexly encoded artwork of Romeo Alaeff, which I eventually did in a couple of online posts.

Scotland had earlier voted in a majority of nationalist parliamentarians, leading London alarmists to write as though the Scots were on the verge of, as it were, firing on Fort Sumter. It led me to think of the oddity of Scotland’s position as a fringe country within Europe, so opposite in every sense to Turkey’s position on the other fringe; the dualities being too many to enumerate, with the position of the geographic margin being the single point of similarity between a little-known Scottish town and the onetime capital of a continent-spanning empire.

But the products of the Speyside district (and I might have more euphoniously and accurately titled my never-written essay “Aberlour to Istanbul” were that town name not also the brand name of Glenfiddich’s French-owned competitor) are distributed globally, and what comes out of Dufftown in green glass bottles finds its way to the farthest corners of the planet’s marketplaces. (Contemplating Glenfiddich’s global reach during my August 2007 visit, I found myself recalling the moment in the film Hotel Rwanda when the military strongman reminisces fondly about having visited the Scottish distilleries and muses, “I wonder if I shall ever see those places again.”) 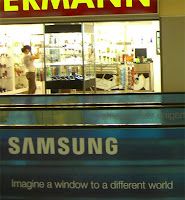 All of this was brought to mind by the arrival at Atlanta’s Sandler Hudson Gallery of a collaboration between Houston- and Guangzhou-based artist Angelbert Metoyer and his wife, photographer and sociologist Charlie Koolhaas (Rem’s daughter, if you really must know, as I did).

And the implications of their particular take on globalization may form the subject of yet another unwritten essay. (Cf. my fortunately timed preliminary Counterforces review of Andreas Huyssen’s Other Cities, Other Worlds: though they never use the term, Metoyer and Koolhaas are very much tackling the issue of urban imaginaries in the era of globalization.) Guangzhou to Lagos, Dubai to Shanghai, it’s all one global city (I don’t mind)…inside my heart remains the same? or not, and that is the point. (Apologies for thus mangling the lyrics of a 1980s song familiar to fans of Wim Wenders.)

The photographs above are all by Jerry Cullum, 2007; images from the Sandler Hudson Gallery exhibition will appear in subsequent posts specifically about that body of collaborative work.
Posted by littlejoke at 7:14 AM