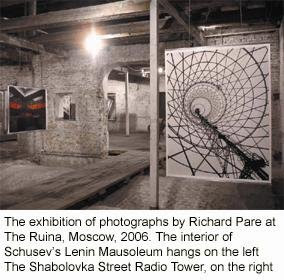 As usual, I have no idea whether the image shown below will be in the Atlanta exhibition at Lumière Gallery because I have had to access the most accessible images representing Richard Pare's documentation of Russian constructivist architecture of 1922 et seq., the subject of his series "The Lost Vanguard," exhibited at the Museum of Modern Art (yes, that one) in 2007 and in Moscow in 2006.

Those of you in Atlanta (and there are many) who are regretting missing the current Rodchenko and Popova show in London can get your dose of Russian constructivism at one remove via Pare's photography and his accompanying lecture; the show opens April 16, but Pare will lecture on April 15 at 7 p.m. at the Carter Presidential Library. 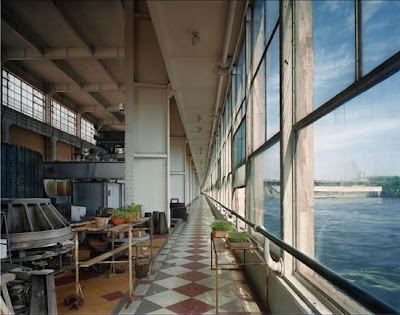 Posted by littlejoke at 2:34 PM