like ships that cross or collide in the night

Friday was one of the most counter of counterforce days I’ve had in a while in Atlanta.

Sheila Pree Bright’s Young Americans images of folks aged 18-25 performing symbolic feats with the American flag is one of those High Museum exhibitions that will get more than adequate press coverage locally and nationally. I thus resist the temptation to report on the press tour in this particular post.

But in accordance with the hard fact that if I miss one press opening at the High I may not get back until the next press opening, I took the occasion to view the final weekend of “Georgia O’Keeffe and the Women of the Stieglitz Circle” and “TRANSactions”…two shows that should have gotten different coverage from the relative invisibility in which they have been placed (though bloggers have supplemented local media).

The latter show of Latino and Latin American art contains the mash-up of Warhol and R. Crumb “Keep On Crossing” posters that other bloggers have commented upon. But the major point to be made is that the manifesto on Crossing covers all contingencies…the borders are infinite, the crossings too many to number, and the action of crossing constant. We are not separated only by political or ethnic or linguistic borders.

So I feel impelled to cross a few borders of history, race, class, age and gender in this post, quickly.

I may have to contribute a post to joculum (where John Crowley’s fans are into fantasy illustration) about the need for a full-length study of Pamela Colman Smith…the non-catalogue for the exhibition forces Smith into a methodological mold that ill suits her and is not reflected in the show itself. The tantalizing wall text suggests that she adapted a Jamaican heritage that may or may not have been hers (? the text is strangely dismissive of her self-willed exoticism) to her own purposes, as she adapted Beethoven and Baring-Gould and the whole symbolist-decadent milieu within which she moved before Stieglitz exhibited her watercolors, then discarded her when it became evident she couldn’t be fitted into the emerging modernist mold. She lived in London at one point and produced the familiar A. E. Waite Tarot deck, which is part of the exhibition along with some remarkably symbolist watercolors that are replaced in the “Women of the Stieglitz Circle” book by ones that make points the author wishes to make.

Pamela Colman Smith, a rather mysterious border-crosser, deserves better. There is a catalogue from a 1975 Princeton exhibition that seems to be utterly unobtainable, at first search. Thanks to the Rider-Waite Tarot, there is an entire PCS website about her career including her actual Jamaican experience (already more useful than the exhibition wall text) that seems to indicate a biography may be in the works (but if so, it’s been in the works for a very long time): http://home.comcast.net/~pamela-c-smith/home.html

Another crosser of borders was at Tew Galleries last night, Olena Zvyagintseva, whose grandiosely described “important new paintings” really are, within their limited genre. If one has suffered through sufficient flower paintings, Z’s Ukraine-based productions are stunners. Z herself is in the States from Kiev for only two weeks, courtesy of her U.S. art rep who is also her translator. 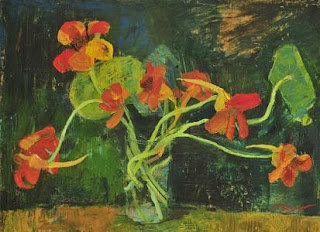 And that brings me, one week after, to Abby Banks and the Punk Houses photos at Get This! Gallery, which also cross several boundaries of culture and state lines and publication history simultaneously. Her book of documentary photos, enabled by Sonic Youth’s Thurston Moore, went through an interesting cover redesign from the first illustration on a punk-culture website to the listing on amazon.com (the design of the book as published, available for sale at Get This!). 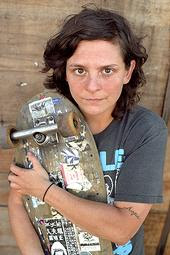 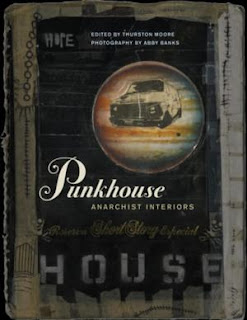 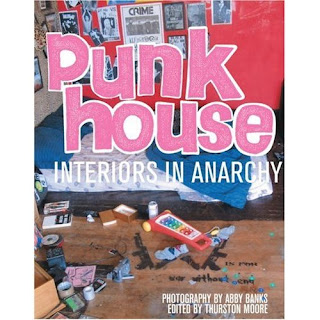 There is much that could be said about all of these topics but there is never time to do so.
Posted by littlejoke at 8:25 AM

Punk houses have always fascinated me. I had friends who would decorate in duct tape, plywood & bricks. "FIAT LUX" would be scrawled in sharpie over the lightswitch and "perestrokia" painted on long swatches of computer paper served as a banner for the living room. Watching what they did to their rooms in their parents' houses was equally startling.