another note on global and local biennales

Some years ago, I staged a two-artist biennale that existed only in the form of catalogue documentation of an event that never took place, to make the point that this was the only way in which most of us would ever experience the sprawling immensities of the Venice Biennale or Documenta or a host of other global art events. Today I would have to establish a website, but there are so many bogus documentations of all sorts on the internet today that the thrill is gone. We trust (mostly) in the accuracy of the reportage on biennales that few of us will ever visit.

The idea of a biennale that one has no option but to visit, however, appeals to me. One with no curators, a self-organizing biennale within the parameters of a conceptually vague theme, is a commentary on the DIY aesthetic that may not have been intended when the definers (not the organizers) created the idea of the Mardin Biennial.

Of course, the project has a website, but I am not sure how one goes about documenting the event comprehensively. The notion of the carnivalesque, the site-specific that can only be experienced, but on a more intimately local level that demands total immersion and cannot be exported—unlike the video and sound pieces of the global biennials that can't be captured on a website but can be restaged in the world's museums. The Mardin Biennial sounds to an outsider like a hybrid between the critical deglobalized biennial Ali Artun calls for and Orhan Pamuk's Museum of Innocence—a place where ignored or forgotten everyday objects become the stuff of fictional biographies or biographical fictions.

Here is the entire content of an email about it that I received from one of the only non-local artists in the biennial. Given the caveats I have just recited, I have no way of determining the authenticity of all this other than getting on a plane to the city in question: 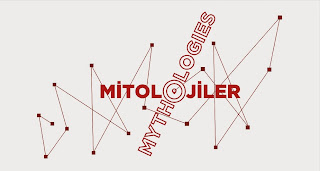 
3rd Mardin Biennial organized by Mardin Cinama Society. The conceptual frame of the biennial was set up with reference to Ali Artun.

Within the conceptual framework of ‘Mythologies’, the most essential aspect of the biennale is that it will have no appointed curator. Instead, the biennale will be realized with the contribution of local people in Mardin as well as other volunteered individuals including:

Mardin is centrally located within a geography of antique civilizations, stretching from Egypt to India. It still retains noteworthy traces of the symbolic world, the universe of icons and myths, the art and literature it has created, amassed and, in turn, benefitted for centuries. These traces still survive in the daily lives of Mardin’s inhabitants, in their living environment as much as in the ethnographical and architectural heritage of the city.

The talismans, amulets, icons, jewels, garments, books, pictures, photographs, pots and pans, glasses and dishes, rugs and carpets accumulated in houses, shops, workshops form what can be called ‘cabinets of curiosities’: private ‘museums’ where objects form mysterious relations with one another and write unspoken myths. In these ‘museums’, antiquities and ordinary objects, as well as various times that are inscribed in them, constantly bestow new significations upon each other. You may come across such dream worlds on the workbench of a knife-sharpener, or the counter of a coppersmith’s; at a pigeon-trainer’s stall; in a church or a bar as well as in the nooks and crannies of houses. The objective of the 3rd: the poetry and magic to these cabinets of curiosities that have long ago abandoned them. It calls on artists to explore their memory, to write their mythology.

The 3rd Mardin Biennial is curated by a collective, constituted mostly of locals. Likewise, many of the artists are also locals, among them also artisans and craftsman. Hence, this version of the Mardin Biennial suggests an alternative approach by questioning the prevailing biennial procedure where a single curator, who is unfamiliar with the context and setting, single-handedly decides who to exhibit, what to exhibit, and how to exhibit it. This Biennial vehemently opposes the reduction of the local cultural milieu to an exhibition décor and the Mardin Biennial is to return identification of the locals with an exhibition forced on them, in other words, to the branding of Mardin by an autocratic curator who imposes a certain view upon the city, its memory and its history. Instead, the proposal is to conceive the Biennial as a Mardin carnival, therefore evoking such concepts as game, chance, spontaneity, serendipity, intimacy and collectivity as means for political resistance. Such a biennial will undoubtedly be more captivating for the locals who had previously been alienated from art events in their own city as well as for the visiting outsiders who will be exposed to exhibits that truly engage with their context. More importantly, it will give the artists that will participate in the Mardin Biennial a chance to experience this city and bond with its unique imaginative and poetic world.

Posted by littlejoke at 7:02 AM