bourgeois hen excrement! or, news from the neglected world 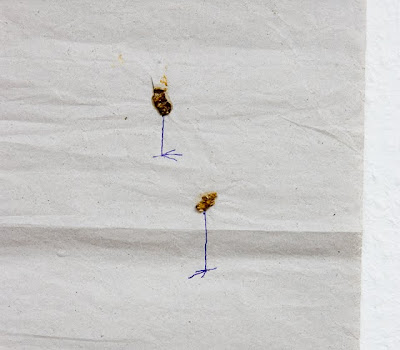 Through the excellent e-artnow.org media service, I have been apprised of the work of Kosova artist Petrit Halilaj, who divides his time between his hometown of Runik and various bigger locales, including, in the past couple of years, group exhibitions in Istanbul and Berlin and other European cities. His current show is on his native turf, in the capital city Prishtina. 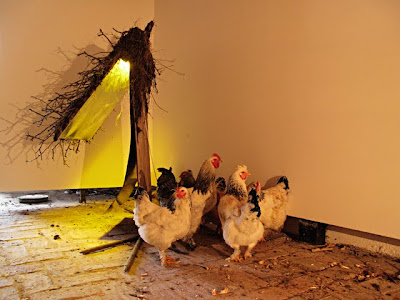 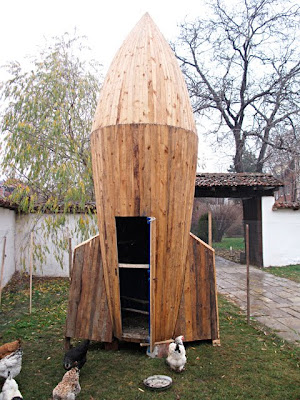 But wherever Halilaj's artwork travels, a differently repeated thematic installation is They Are Lucky to be Bourgeois Hens, a migratory or displaced troupe of seeming would-be space travelers whose coop looks like the remnants of some unsuspected cargo cult for domesticated fowl. 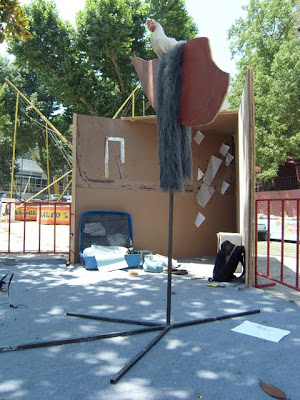 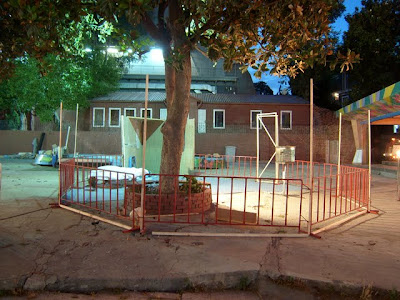 The traveling chickens form an essential source of art materials for some of Halilaj's drawings, the ones described as consisting of "ink and hen excrements on paper." 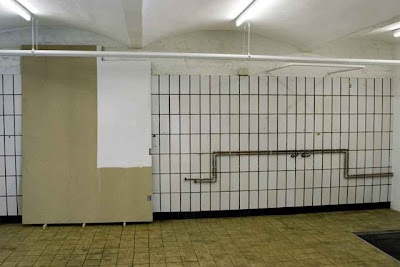 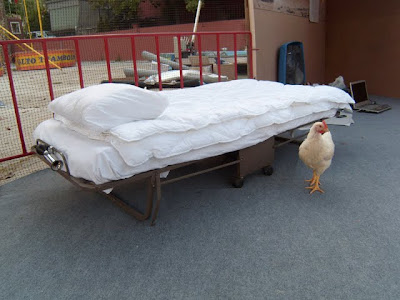 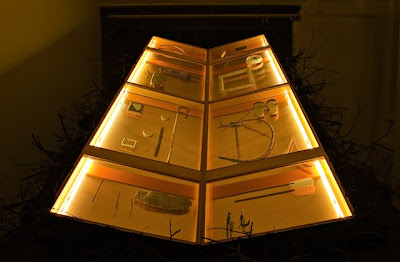 This is certainly not all there is to Halilaj's oeuvre, as a brief perusal of the appropriate websites makes plain. See, for a bio, http://www.chert-berlin.com/ita/artisti.asp?id=34&subsezione=bibliografia

His work is, overall, an exploration of those realms of displacement, derision, and deliberate humiliation that have been the unchosen fields of play for many, many artists of the world's narrower margins. Outside the safe havens of the unwarring parts of the world, irony is often a habit born of necessity. It remains a habit long after the immediate crisis has been replaced by the luxury of contemplation and, as Halilaj's bio puts it, "research."


And that makes Halilaj's work a splendid topic for this 2010 relaunch of Counterforces, which in 2009 fully deserved the contempt that eggtooth expressed for it in his "Worst of Atlanta" list.


We are all of us lucky to be bourgeois hens. Though, as the guide from Mount Analogue says to Father Sogol's expedition in René Daumal's Mount Analogue, "If a hen doesn't lay eggs at the appropriate time, what becomes of it?"

If any of my readers happen to be passing through Kosova, the show is up at Stacion - Center for Contemporary Art Prishtina through February 6th.
Posted by littlejoke at 12:57 PM

Good fill someone in on and this mail helped me alot in my college assignement. Thank you as your information.

Brim over I agree but I contemplate the brief should acquire more info then it has.