fragments shored against my ruins, or, three reviewable atlanta exhibitions i shall not review


Three Atlanta Exhibitions About Which I Shall Not Write Reviews 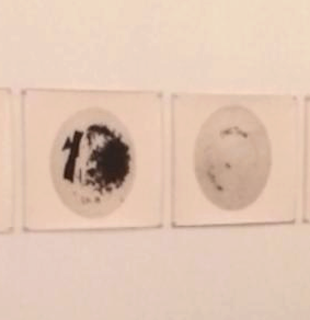 From the lumpy sculptures in the front to the broken clay vessels scattered across the floor in the back, adjacent to the wall text of a poem by Pessoa, “Movable Types” (the Art Papers-curated exhibition at Ponce City Market through September 28) raises questions that I don’t feel the slightest inclination to have answered, much less to answer through my own research. It’s useful to have the explanation of the wall grid of images depicting cherry stems, but it’s enough to enjoy them as glyphs of some alphabet or algorithm I’ll never understand.

The pun on “movable type” indicates the deliberately uncertain or slippery place of the exhibition in terms of form and language alike: it is a type of exhibition that resists being made conceptually immobile, or out of play rather than playfully in play, always. Like movable type, its components will be reused for other purposes (in fact the broken ceramics in the back will be distributed like some latter-day version of a Tibetan sand mandala, except that unlike the transient order of the mandala, the work began with an act of disordering that was itself a form of order...as in Wallace Stevens’ poetic assertion in "Connoisseur of Chaos," “1. A violent order is a disorder; and / 2. A great disorder is an order. These / Two things are one. (Pages of illustrations.)”

I’m very glad I don’t have to write a review of the exhibition, because it would entail re-reading Georges Bataille and re-upping my recollections of what the famous “Informe” exhibition was all about, and I just don’t want to do any of that right now.

But I think it would be great for folks who happen to be in the vicinity of Ponce City Market during gallery hours to stop by and ask, if they are so inclined, to have the show explained to them. But first and foremost, to look at all the stuff that I don’t feel up to explaining in detail. I especially don’t feel like trying to describe the videos. But the slippery quality of description is part of what the show is about. Or maybe not about, for “aboutness” itself is the problem. Ludwig Wittgenstein thought that a philosophical problem took the form of “I don’t know my way about,” but it might rather be “I don’t know about my way,” or worse, “My way doesn’t know about me.”

“Alice: Curiouser and Curiouser,” at Cherrylion Studios through September 26, is a curious kind of show in a couple of different ways. Walking into it may give the feeling of falling down a rabbit hole, but apart from that, the exhibition is not really an homage to Lewis Carroll’s most memorable creation. 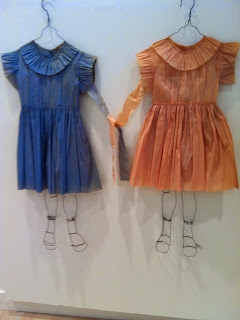 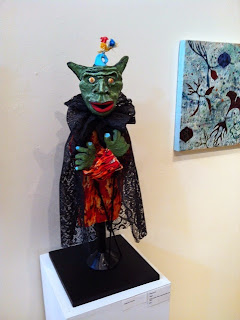 It’s an independent exhibition of 9 members of a critique group of women artists, as curated by Michelle Pizer of Pizer Fine Arts. It, too, deserves the level of review I simply cannot write under duress, though it holds up perfectly well without one. 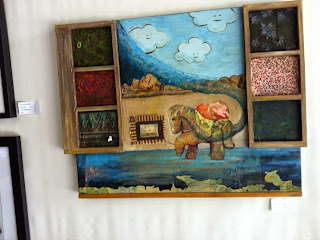 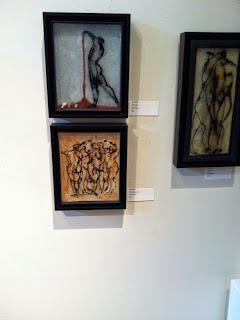 In fact, it is the variety of visual pleasure in this small exhibition that makes it singularly worth seeking out in the two days or so that are left to seek it out (if you read this as soon as it is posted, which most of this note’s potential readers are unlikely to do). Patty Nelson Merrifield’s witty taxidermy sculptures alone are worth the price of admission. (Admission is free, of course, so that is less high praise than I had meant to convey with that cliché. Please insert smiley-face emoticon here.) 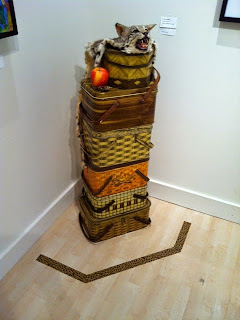 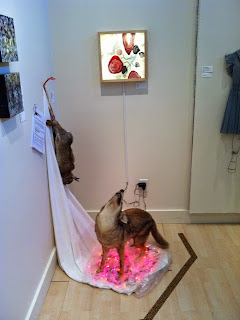 People who already know Linda Mitchell’s work will find new and quite different iterations of it. Ditto for Edie Morton’s encaustics, Mary Anne Mitchell’s photographs, and Chris Dolan’s drawings...Dena Light is only one of the artists who are less likely to be familiar to gallerygoers, and the same goes for Shannon Davis, Deborah Hill, and Julie Grant, all of whom contributed singularly interesting works to this diverse yet tightly curated exhibition.

And that detail-less observation brings me to:

Henry Callahan’s “Beyond Abstraction: Expressing Nature,” at Reinike Gallery through September 27, is a show that will not be helped in the slightest by this note regarding its existence, for its most likely interested viewers do not read Facebook and are unlikely to find a notice on a blog. 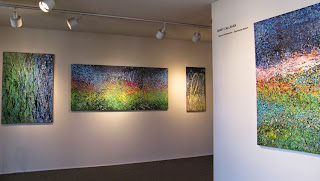 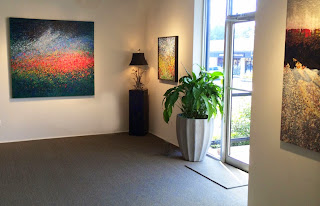 These are loose, diversely painted evocations of places in nature, eminently worth the analysis I cannot at present give them, although they are also works which it is more important to match up with an audience than to provide with a discerning critical analysis. There are those to whom these paintings will speak deeply, and there are those who are likely to remain unresponsive to the set of aesthetics these paintings embody. That is simply a fact of human psychology and personal predilections. 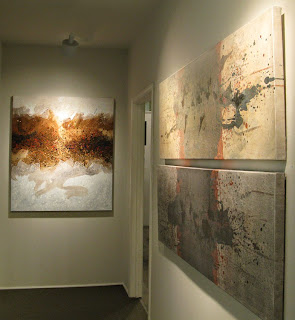 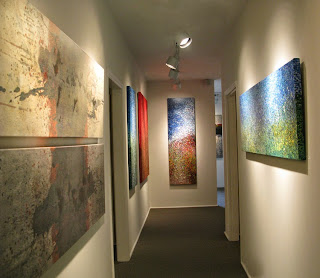 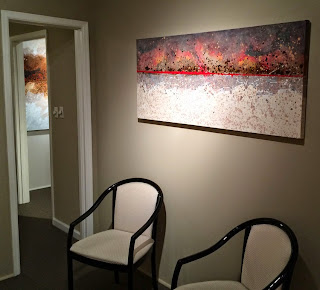 And this pathetic expression of complete exhaustion does little more than acknowledge the existence of these exhibitions and show off a few photographs (left unlabeled because with few exceptions I have no information regarding them).

And there are still more bodies of work in current and recent exhibitions that deserve extremely detailed and serious analysis, not least analysis of the mismatch between work and probable audience—this latter would be different in every city in which the work might be exhibited.

Given my interest in how different very small parts of the planet respond differently to different artistic stimuli (cf. the earlier, programmatic essays on this Counterforces blog), I am fascinated by the Atlanta-centric problem of critical and audience response to a particular species of painting.

The genre I have in mind seems to combine representational references (usually modestly specific ones), geometric abstraction, biomorphic abstraction, and gestural painterliness in one big, sometimes chaotic but just as often complexly organized canvas.

And the general response thus far has been betwixt and between; scarcely anyone seems to know what to say about it, or if they do they haven’t stepped forward to say so. And audiences seem equally indifferent when they are not bewildered.

But all that will have to wait for some other exhausted evening, or some less sleep-deprived writer.