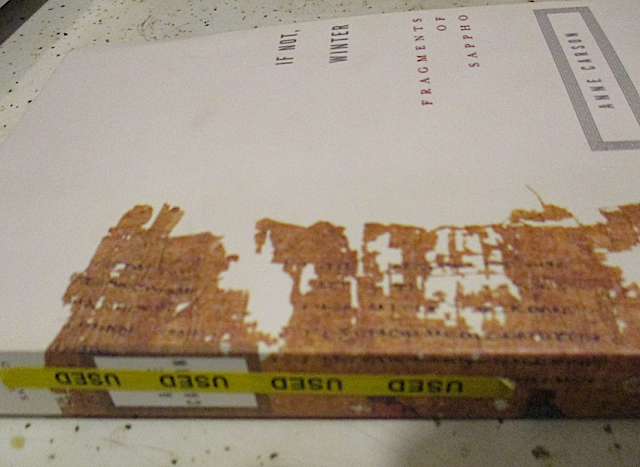 Watching an American poet contribute an online performance to the newly virtualized Riga Biennial of International Contemporary Art brought home to me again just how much the pandemic has accelerated a worldwide cultural process that we might once have described as already moving at warp speed, before that fossilized metaphor was ruined by recent history.

It made me realize with renewed melancholy just how much is going to be lost for no better reason than that nobody can make sense of it in terms of their own very different experience—although we can hope it will be a broadly planet-spanning experience, there are reasons to suppose it might not be. Some things will be lost without anyone noticing, no matter what happens next.

This has happened before, however, and for more reasons than I want to cite, attention spans being what they are. Most of Greek and Roman literature got dropped when the literate classes stopped buying scrolls and started buying the newly developed codices that connected separate pages between covers so you could jump right to the part of the book you wanted without having to roll that one big long sheet of papyrus from one rod to the other rod.

That, plus changing tastes in literature, probably had more to do with how Sappho’s poems got lost than the burning of the library of Alexandria or deliberate censorship. But that’s why we have a wonderfully evocative set of little quotations pulled from later grammarians’ commentaries on how weirdly the ancestors contorted their poems. Will large parts of several thousand years of global literature survive similarly because they were transformed into internet memes and ascribed to the wrong writers in the process? Or will they be captured as bits of online performance arbitrarily preserved in future media, and extracted by later generations who will spend years finding out who actually wrote what? It is pointless to speculate.

Posted by littlejoke at 7:27 AM